Discover Your WHY in Less Than 5 Minutes 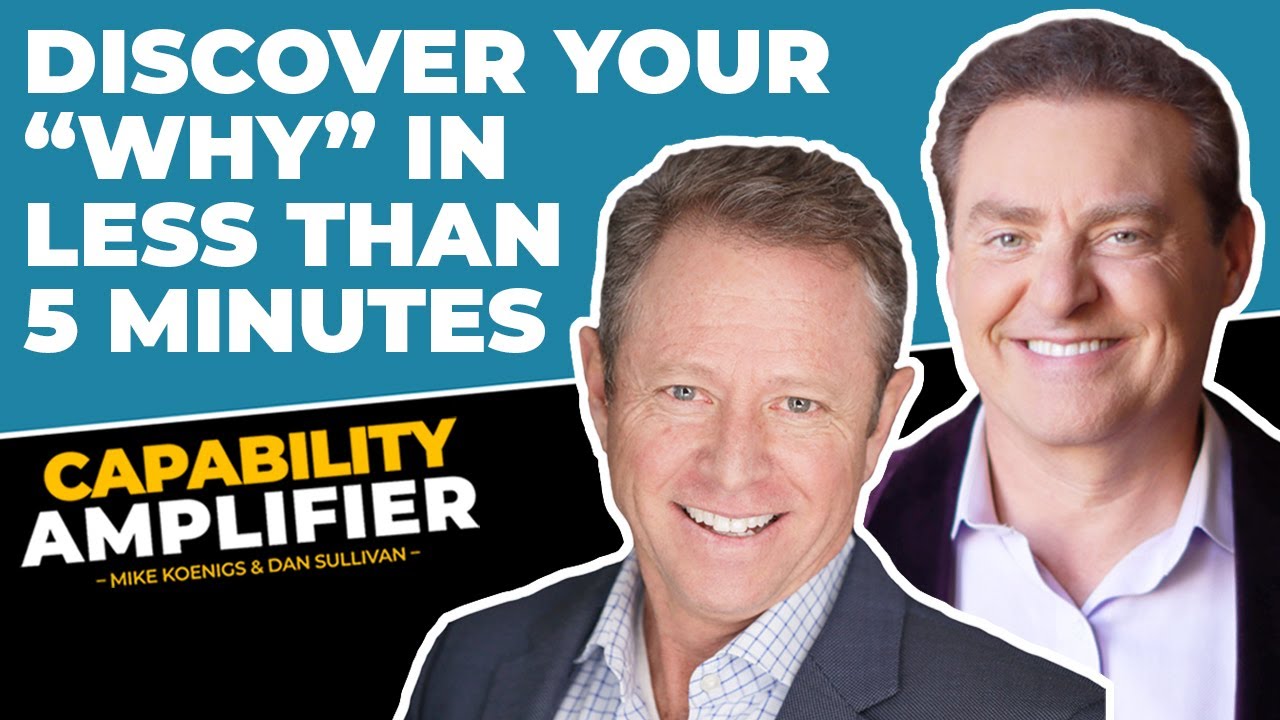 What’s the best way to make friends, influence people, be the life of the party and a master communicator?

I think being a magician, a mind reader or maybe even a psychic!

You'd be endlessly entertaining, engaging AND an expert persuader.

Now think about it from a business perspective…

If you were looking for an unfair advantage… a better way to attract your perfect customers faster, provide huge value and KEEP those customers. (because they felt understood, valued, and got to spend more time in their superpower.)

That would sort of be like the ultimate gift, right?

Mike's friend, Dr. Gary Sanchez has a really exciting new product he absolutely LOVES. It's called the WHY.os and it’s the world's first and only tool for discovering your WHY, your HOW, and your WHAT.

In fact, Mike loves it SO MUCH that if you listen to or watch this episode, he's going to give you Why Discovery as a gift from him.

Listen or Watch this episode to find out HOW TO DISCOVER YOUR “WHY” IN LESS THAN 5 MINUTES.

What is the WHY.os and why is it so important?

Back in 2008 Gary was a dentist and desperately trying to figure out how to stand out in his crowded marketplace of 600 dentists.

That's when he heard one of his mentors interview Simon Sinek (author of the book “Start With Why.” ) and first heard about the concept of WHY.

That’s when he realized he didn’t know his OWN why.

He had a great “what.” In fact, Gary spent 20 years building a practice with all the technology and a well trained team but he wasn't growing like he thought he should. He felt like the worlds best kept secret.

So when he heard Simon Sinek talking about NEEDING to know your “why,” your “how” and your “what” he fell in love with the concept.

The only problem was that there wasn’t anyone to help him discover his “why.”

Gary’s “why” is to Find a Better Way and share it.

Once he realized this, his life made so much sense.

He went back and figured out what Simon was trying to do and made it better. He developed a series of questions that could help someone discover their “why” in about an hour (rather than six or eight months) and then use that to build their messaging, marketing and branding.

That's exactly what he did for his OWN practice and it took off so other people wanted to know his secret.

He started doing it with anyone that would listen. On planes, stages, skype calls and even his dentist chair! 😂Helping people build their messaging, marketing and branding on the spot based on their “why.”

Building people’s messaging became easy when he knew their “why” and after doing it thousands of times he started to see a pattern.

The most important thing he figured out is that there are only nine different “why's.” Once he identified the nine “why’s” he was able to help people discover theirs in 15 minutes.

Then he realized he could train other people to do what he was doing and they started to collect lots and lots of data. Through that data and testing over 60,000 people, they were able to develop software.

Now you can now go online and discover your “why” in under five minutes and it’s SUPER accurate. You'll only answer eight to 10 questions and it works EVERY TIME.

In fact Mike's wife, Vivian and he both did it and it’s so on the money that it's a little scary! Once you and your spouse get your results, it’s all the counseling you’ll ever need. Marital bliss here we come!

Using Gary’s WHY.os to figure out your Why, How and What is a MAJOR GAME CHANGER. You’ll end up with a really clear vision of how you can use the information in all of your relationships and businesses.