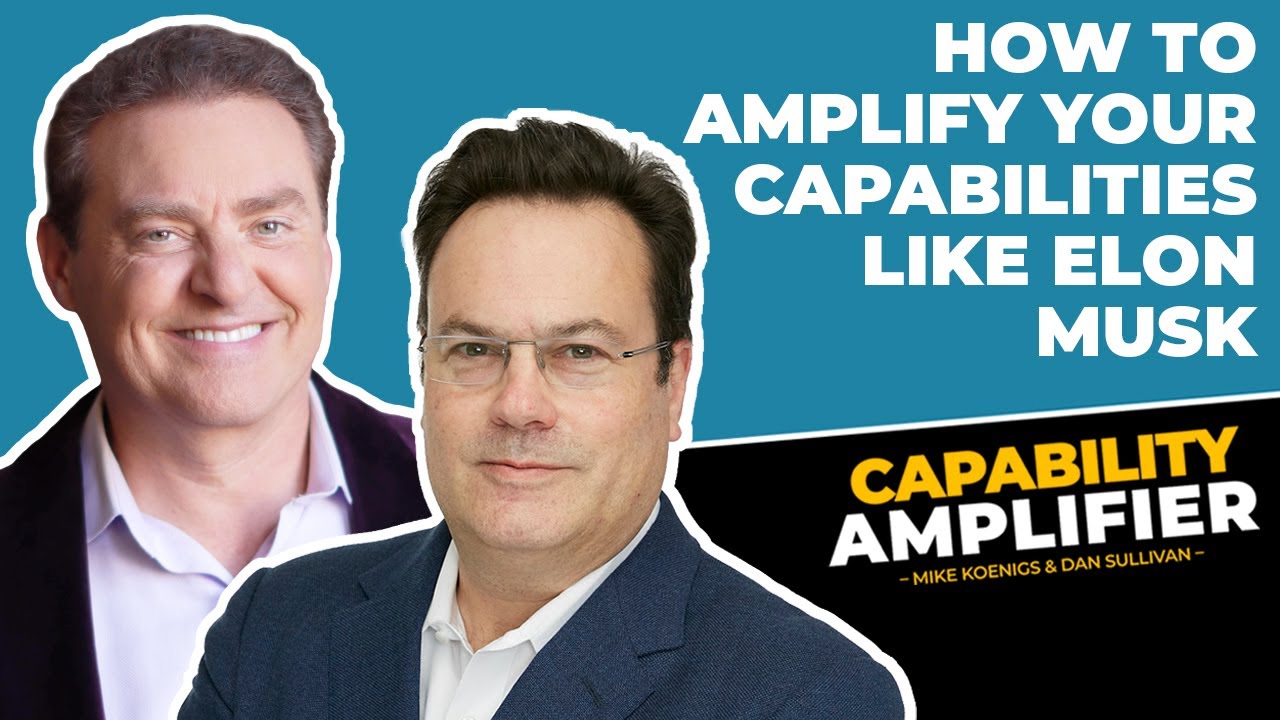 The most valuable companies in the world are built on top of platforms.

Peter Drucker famously said, “The best way to predict the future is to create it,” and people like Steve Jobs and Elon Musk have proven this time and time again.

So how do they do it? And more importantly, how can YOU spot a trend in its infancy and do it too?

Our guest, Howard Getson is the CEO of Capitalogix, a firm that helps businesses use artificial intelligence to make better decisions. He and his team built an AI platform and AI-powered hedge fund.

Full disclosure: Mike's an investor in the company.

He’s going to share a simple four-stage system that you can use to turn big ideas into profitable platform businesses like Tesla, Apple, and Amazon.

(We strongly encourage you to watch this episode. The visuals of the presentation are going to make a HUGE difference.)

Listen to and watch this episode to learn HOW TO AMPLIFY YOUR CAPABILITIES LIKE ELON MUSK.

There's a pattern emerging, and we're about to see it repeat in artificial intelligence, which will impact nearly every industry, including trading.

The pattern begins with a concept that says: Changes are coming. There will be new winners and new losers. Actions have consequences. So does inaction.

Tesla wasn’t the first electric car, but it’s become the best-selling electric car in the world.

It’s easy to think of Tesla cars as if they’ve always existed, but how did the company start? What capability was the very first spark that launched it?

To understand why Tesla excelled, it’s better to focus on the wants and needs they satisfied instead of the technologies they created.

Since the beginning of time, humans have been confronted with disruptive new technologies.

Howard developed his system in order to capitalize on that principle by anticipating which capabilities are likely to gain funding and support.

Stage One: A New Capability
The first step is to brainstorm what capabilities you want to create. The goal is to create something strategic that creates opportunity.

If you have discovered a new way to do something, the caveman part of your brain says, “If this is not important to my survival, then I don't have time or the ability to focus on it.”

The new capability has to help you do what you’re already doing, but better.

Stage Two: Prototype
A prototype is a crucial stage in the development process.

It’s a great way to share your ideas with others, and often the only way to make sure that everyone understands what you’re trying to accomplish.

Stage Three: Product
Stage Three is about choosing to play a new game.

You're proud of your new capabilities and you want to express it by creating a product, a service, or an offering that is strategic and unique and takes you out of the competitive red ocean.

It separates you from the pack and changes your reputation.

Stage Four: Platform
Here, you can more than 10X your potential through collaboration. This is where you can bring in tools like Zoom, social media, webinars, and mastermind events.

Your core capability is simple enough that others think, “I want to build upon this because this changes the game for me.”

It attracts a whole new audience and causes growth to happen in unanticipated ways.

The early inventors of electricity knew it could illuminate the light bulb, but they probably didn't think about how it would help pick cotton or make inhabitable places habitable. It changed everything.

Are you sitting on the next big idea? You have the capability within you. You just need to take action.