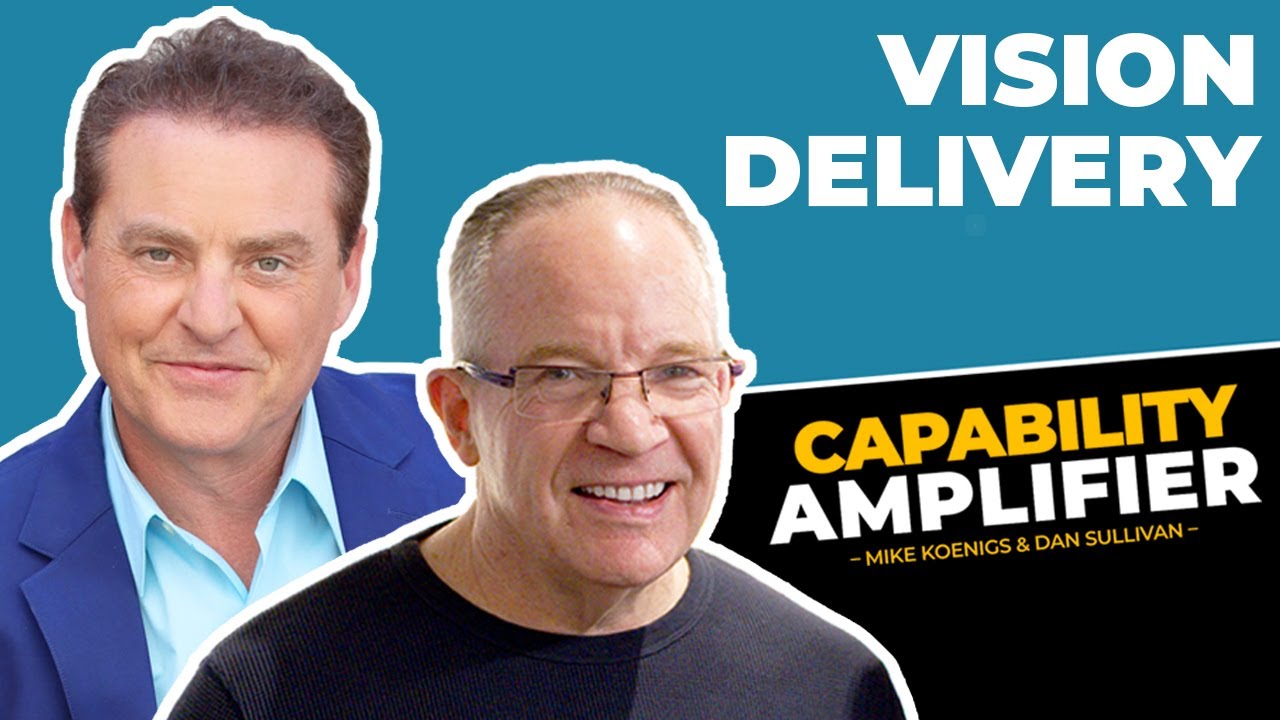 One of the biggest things that entrepreneurs and founders struggle with is VISION DELIVERY.

You have a big idea that you can see from start to finish but when you go to your teams, you get bogged down because there's a fact finder that asks you so many questions you get lost.

You realize that your mindsets are not in sync. You don’t have a framework in mind… Just the VISION.

We're going to talk about how to COMMUNICATE your big visions and actually get them executed.

One of the things that we have always admired about Dan is that he’s cranking out a minimum of four books a year. (It’s actually closer to six or seven!)

Today is an opportunity to get inside his head and ask the questions that everyone wants to know. He’s managed to build an incredible team that executes his visions. Listen or watch to find out how he communicates so those visions come to fruition.

Dan’s strategy starts with the client rather than his team.

He says; “any idea you have, make sure to test it with your check writers first.” The only people who will know whether one of your ideas is good, are the people who would benefit from it and pay for it.

He never tests out ideas on his team until he has a read from the check writers.

He’ll also conduct “workshops” where he’ll put an idea on a screen and say, “I've got this idea I need feedback on. Does this mean anything to you?” Then a conversation starts and the moment it does, the idea starts to change and improve.

This whole process is witnessed by his team so when he goes to them with the idea, it's already been market tested.

Mike is a big believer in doing this as well. The way he implemented this is in the past (when he had Traffic Geyser and his subsequent businesses) was by doing three or four live events a year.

At every one Mike rolled out a brand new idea or product and pitched it from the stage.

The idea was, let him show the audience a new thinking tool, show them how he was using it, and then do it together. Then you incrementally bring the audience through and get their feedback.

One of the unique parts of Dan’s company is that all of his team members, on a regular basis, come into contact with the customers and clients. He believes that when entrepreneurs are unhappy with their team members it’s because there's a separation between the team and the company.

The employees don't know what the company is for. They’re doing all this work but they have no notion of what the work they do is for, who it’s for or how it’s used.

They're ignorant and their ignorance makes them defensive. The only thing they know is that almost anything new can be a danger to their job.

If an entrepreneur hasn't set up a situation where their team actually knows who the customers are, they're going to push back against new ideas because they don't know what the new ideas do for their job security.

As a founder, part of your responsibility is to create the illusion of security and transfer certainty to your team.

In addition, the company can't be as important to them as it is to YOU.

In Dan’s company, a lot of his employees love their jobs. He tries to work towards each team member's unique abilities, the same way he does with his clients but ultimately people do things for their reasons, not yours.

It's not possible for your team to be as in love with the company as you are and it's unreasonable for you to expect them to, (unless you're giving them 50% of the money) they simply can't have the emotional commitment and it's unfair of you to even suggest that they should.

We're very fortunate in the age that we currently live where entrepreneurs can literally custom design organizations for their own personal reasons and for the kind of creative games they can play with their customers and team members. 25 years ago this wasn't possible.

The current rapid movement into the virtual world creates the possibility for enormous creative flexibility on how you construct an organization. About 50% of the character that your organization takes on is purely a function of who you are as an entrepreneur, and therefore you can't copy someone else's organization.

Listen and watch the whole episode to hear the rest of our conversation including our thoughts on big information companies like Facebook and they're suppressing innovation everywhere.