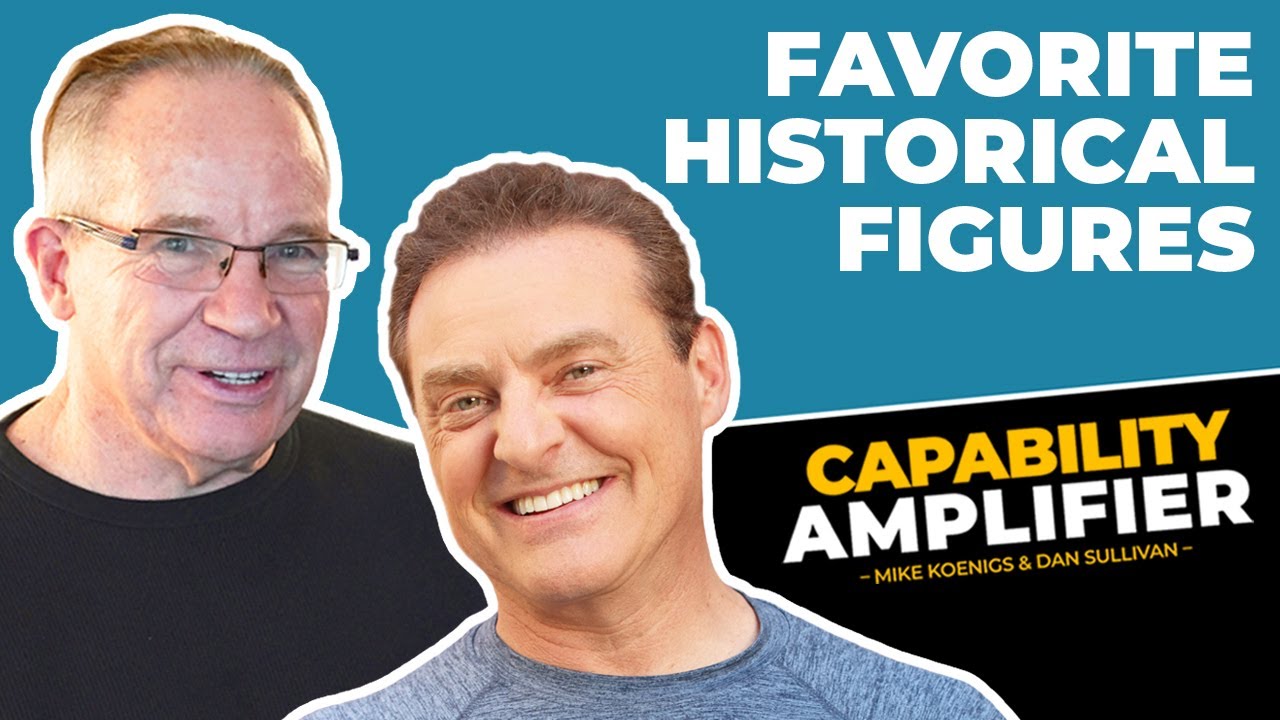 You know what they say — “Those that fail to learn from history are doomed to repeat it.”

It’s very important to know where things came from and who created them.

Today Mike and Dan going to go back in history because this is one of Dan's very favorite topics.

Mike is going to ask him three questions:
Who are his favorite historical figures?
#1 a business builder
#2 a leader
#3 a woman
and why for each question.

As soon as Dan learned to read when he was six years old, his mother got him interested in history.

The people we are going to talk about today are ROLE MODELS for Dan and people he gained insight from into his own goals. Sit back, get comfortable, and get ready for a fun episode. Listen and maybe you’ll have a new role model by the end!

His name is Euclid, he lived in Alexandria and worked at the very famous Library of Alexandria collecting documents (scrolls mostly.) His specialty was everything mathematical. He collected everything, made sense of it, organized it and put it into systems.

If you think about who had the greatest influence on what the world looks like today, a case can be made for Euclid. The things that are permanent in the world architecturally all depend on the elements of geometry that were put together in 300 BC.

When Dan went to college, the very first book he read was by Euclid and it had 47 elements that he memorized. The book contained the notion of building structures that influenced a great deal of what he does in Strategic Coach today.

They’re his version of codes and basic elements of geometry and says this is how you build entrepreneurial thinking, unique abilities, and time systems. It’s his version of Euclidean geometry but used to identify the foundation of how entrepreneurs think.

If you have this way of thinking as an entrepreneur, you're going to do well.

Next up is Dan’s favorite historical figure in leadership; Winston Churchill.

He’s convinced that Churchill was one of the greatest leaders in history at a very crucial time. There was a period in 1940 where Winston Churchill saved the world from very bad people. (The Nazis.) Everybody around him wanted to reach a peace agreement but he said “You can't do a deal with a tiger because he'll eat you.”

Churchill had an enormous amount of social and political pressure on him and was getting beat up pretty badly. The enemy seemed invincible and the Americans had no trust that the British were going to survive. Dan thinks Churchill, as an individual, decided he was going to be the person to turn the situation around.

Dan says circumstances often make great leaders and war is one of those situations.

If you look at England's greatest monarchs all three are women. Together they have ruled for over 170 years. There is no man in British history that compares to these three women.

The stories of the three queens are radically different but in all three cases there was no preparation for them to be the monarch. In each case it was a surprise of circumstances that they ended up ruling and not without enemies.

For whatever reason, it seems as though the women are able to hold this position of power very effectively and in all their cases they happen to live a very long time. It also seems like the men in the monarchy get themselves into trouble and are willing to sacrifice the position for sex or love while the women make do.

This was a really fun and educational episode. To hear about even MORE inspiring historical figures, like Washington, Lincoln, Roosevelt, Margaret Thatcher and possibly… Elon Musk, make sure to listen to or watch this episode.