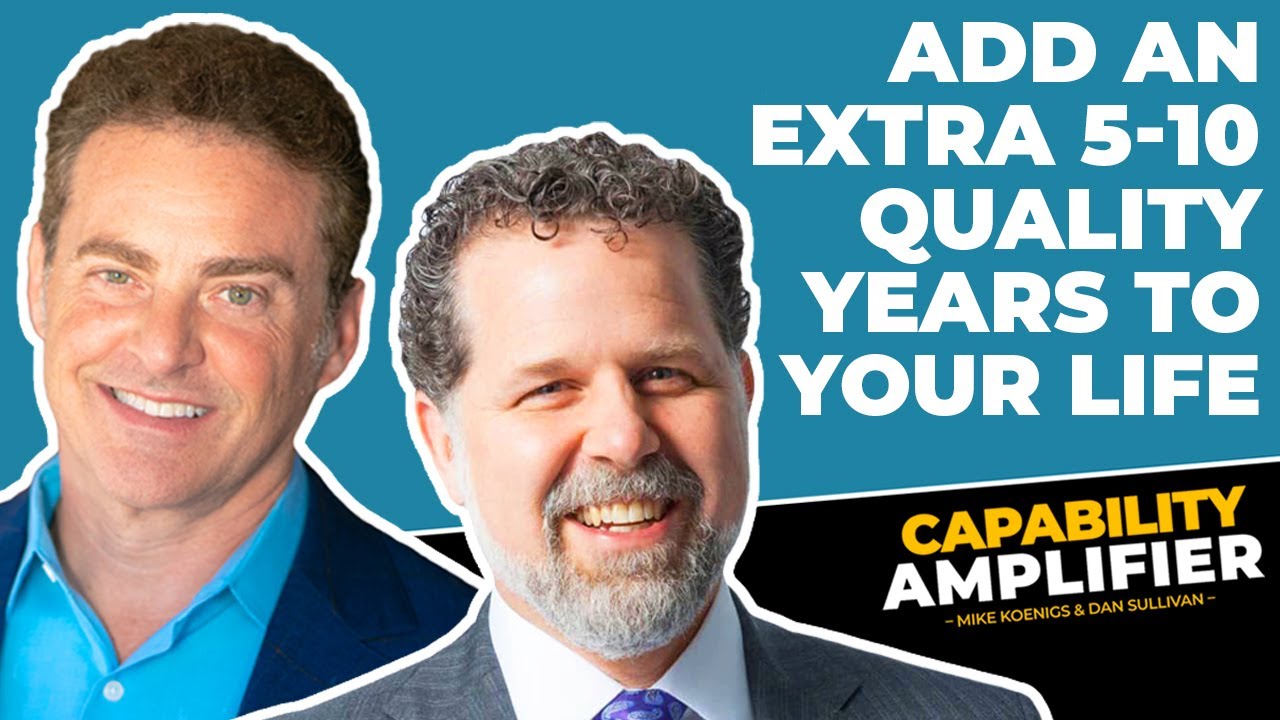 According to the Alzheimer's Association, more than 5 Million Americans are living with Alzheimer’s and by 2050 that number is projected to rise to nearly 14 Million.

It’s the 6th leading cause of death in the United States. 1 in 3 seniors dies with Alzheimer’s or Dementia and it kills more than Breast Cancer and Prostate Cancer combined.

Those are some pretty scary numbers and statistically-speaking someone you know or love has been affected by Alzheimer’s or Dementia.

Mike Koenigs can say that with confidence because it’s directly affected his family (and many of his mentors.) His dad has late stage 5 Dementia. He's watched him go from a strong, smart, capable guy to a shell. He can’t talk, walk or recognize any of his family. His mom has mid-stage Alzheimer’s.

Watching someone you love turn into a vegetable is his most painful life experience.

What if there was a cure or prevention for dementia or Alzheimers?

This is an extremely emotional episode for Mike but one that he's really looked forward to doing because of the exciting, preventative information he's about to share. If you're interested in extending your life and increasing your productivity, OR if someone you love has been affected by these horrific diseases, keep reading, listen and watch.

A wise man once said; “A healthy man has many wishes, a sick man, only one.”

If you look at Mike's genetic profile, he's going to get either Alzheimer's or Dementia. It runs in his family so he's on a search to stop it. Honestly, he's more afraid of getting old than he is of dying. As a cancer survivor… he knows what dying slowly and painfully feels like and it’s no fun.

Mike met our guest, Dr. David Haase 7 years ago. He’s a double board-certified expert in regenerative medicine, (trained and practiced at Vanderbilt and the Mayo Clinic) and he's found a way to turn back your clock. His work is based on cutting-edge research in plasma exchange, and in the last 20 years, he's taught over 10,000 physicians his systems.

“The worst corresponding disease to dementia is denial.” – Dr. Hasse

We live in an information economy. We ARE our minds and when we have memory loss, we feel a threat to our identity and may believe there’s nothing we can do about it. Naturally, we go into “fight or flight” mode but if there's not an obvious enemy, the natural cognitive response is to deny there’s a problem. We shut it down to stop the stress and make excuses like “I'm just getting older, or I'm having a senior moment.”

According to Dr. Haase, after the age of 28, all of us are “Dementing and Alzheimering.” It just depends on the rate you're doing it at and when your brain is going to degenerate faster than your body can maintain the rest of you.

Haase believes we are entering a time where it doesn’t need to be this way. He says that most pharma drugs are just well-dosed poisons, but with Regenerative Plasma Exchange, they’re creating an environment where the body does its natural job of healing, with less inhibition.

Regenerative Plasma Exchange is a technology, based in science that has shown remarkable success in both Parkinson’s and Alzheimer’s patients. It provides a longer, higher quality of life, improves mental acuity, and increases sex drive. BONUS!

It’s a modification of Therapeutic Plasma Exchange which has been used for many years in treating severe autoimmune disease. It’s a standard medical procedure often only done in hospitals and generally costs over $10,000.

We now recognize that it’s a way to bathe our stem cells in a healthier cellular habitat and as a result, those stem cells do their job of regeneration and repair in a way that they used to when they were young. The promise is a combination of age reversal and neuroregeneration.

There was a very interesting study done on mice at Berkley proving the validity of this technology. They took cloned mice, one old and one young, and did a surgical procedure to connect their skin side by side. In a week a remarkable thing happened. The old mouse started to turn young again. Everything from hair regrowth to better muscle recovery, better cardiac output, and most remarkably neurogenesis – (meaning new brain cells started to sprout).

If you can get body-wide stem cells to function better, you're going to age slower and are more likely to live longer. Humans do the same thing. If you're hanging around young people, you start to act younger, it's no different for your stem cells.

Here’s a case study of one of Dr. Haase’s patients, Harry. He had Parkinson’s disease and withdrew from his life but after one Regenerative Plasma Exchange treatment, within a week he began doing the things he loved and hadn’t done in years. His wife was shocked to see him gardening, attending board meetings, and asking her out on dates. It was nothing short of miraculous.

Naturally, Mike is super excited to get these treatments himself. As soon as he begins, he’ll share his results with you! The process is simple and quick. Get some blood tests done, get hooked up to a machine and two and a half hours later, the treatment is done, all for less than $10,000.

As an entrepreneur or business owner, if you’re looking for a higher quality of life, longevity, slower aging, or some form of age reversal OR if someone you know has Alzheimer's or Dementia in your family, it’s 1000% worth it.

This episode is filled with possible LIFE CHANGING information. Make sure you listen to or watch the whole thing, then SHARE it with the people you love and could benefit.

After you listen to the interview, leave Mike a message and let him know what you think of this episode OR ask a question you’d like Dan or Mike to answer in an upcoming episode!