Think About Your Thinking to Achieve Financial Freedom 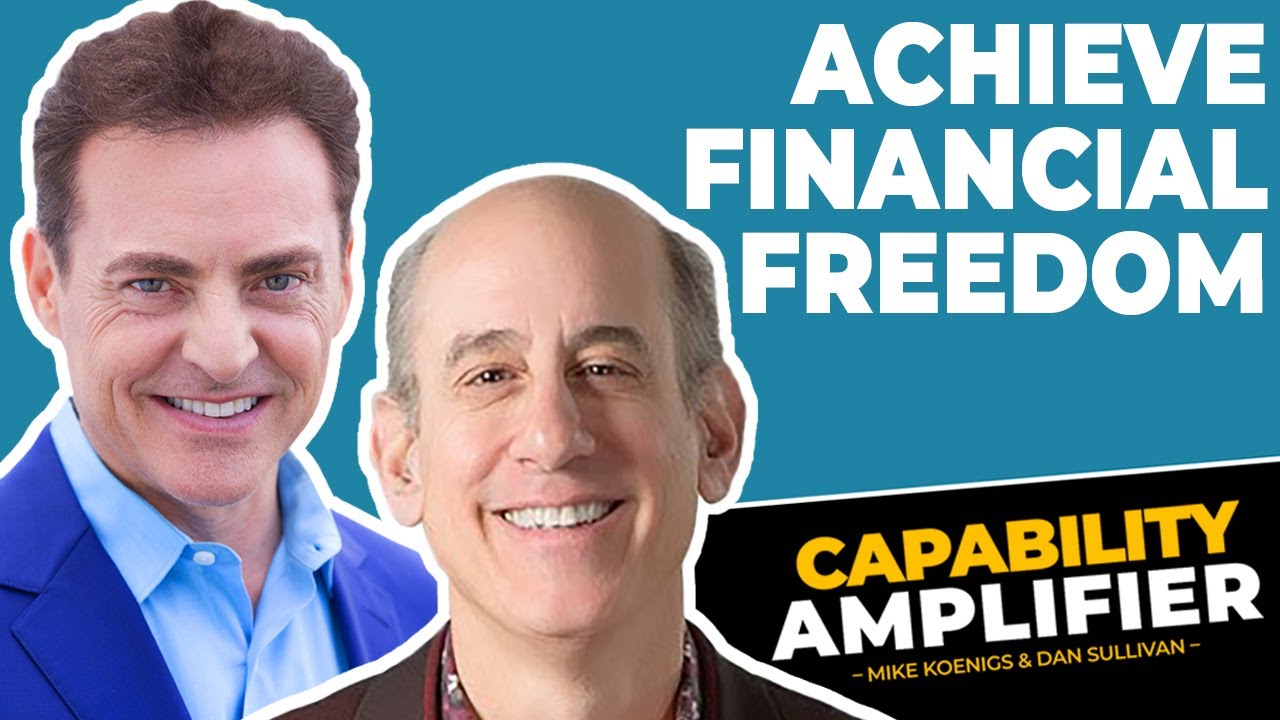 Are you clueless about financial planning?
Do you have a 401k, sitting there, wondering what it’s doing?

Do you even know what it’s supposed to be doing for your future?

Are you still under the impression that you shouldn’t touch your 401k until it’s time to retire?

Do you think you’ll have no money to retire unless your home is paid off?

Our guest is on a mission to make the word “retirement” disappear and change the mindset of every working American. Rather than working your entire life trying to save enough money to hopefully live a life you love… instead living a life where you get to do all of the things you desire, starting TODAY!

His name is Charlie Epstein. He’s a good friend, a client and a 26 year member of Strategic Coach. He’s going to show you how he’s able to make something as dull as paste (i.e: financial planning) interesting. 😱

Charlie’s in a highly commoditized, very challenging market that is governed by all sorts of rules and regulations but he also happens to be the only financial advisor in the world with a one man show, called “Yield of Dreams, Paychecks for Life.” He has the unique ability to get outside of his “box.” He's open, creative, and expansive, all rolled up in a charismatic personality.

Like Mike, Charlie has always been fascinated with the entertainment world. Growing up, his mother was an opera singer, and her father was a starving artist. His father and grandfather were both entrepreneurs, so he was always torn between two worlds.

It was that convergence of the right and left brains that made him question everything growing up. If he didn't think somebody knew what they were doing, he questioned it, so when he started his first business, he didn't know any better. He thought it was up to him to find creative ways to sell commoditized products.

He’s always been enamored with how to create an “experience” for people so they feel special, unique and HEARD. His ministry in life is to ease people's pain and suffering about their money, whether they’re broke or multimillionaires.

Charlie always focused on “how do you allow people to have a different experience about their financial life?” He finds it always came down to, “what did you want to be when you grew up? What do you do now? What happened? Are you going to live your dreams? How do you get around the obstacles that stand in your way?”

Those obstacles could be compliance issues, (because every industry and government them.) or life issues. Then it became a balancing act and how to get around them.

He’s always looked at the entertainment, marketing, and creative worlds and how to combine those with the financial world (in spite of compliance) and look for industry bypasses. One industry bypass he created in 1992 was something he called the 401k Coaching Program, (which came out of working with Dan Sullivan,) and “thinking about his thinking” inside of the financial industry.

He thought, if he could teach financial advisors how to be better at what they're doing in the 401k retirement world, that would be valuable. People asked him “why would you teach your competitors how to get better? That means they're going to be better than you and you'll be out of business.”

On the contrary. He was able to get major companies like Nationwide and Fidelity to write him checks for millions of dollars. Today he’s coached over 10,000 advisors around the country. By starting that business, he created a shortcut to not only coach advisors, but consumer too.

It was an awakening for Charlie when he realized he could live both in the entertainment and financial worlds simultaneously.

Charlie’s company is completely different from any other financial organization you've ever worked with in one significant way. Everybody else is in the business of getting you to save and invest your money. Charlie’s only job is to get you to spend your money right now.

Most people are holding onto their money because they’re afraid they won’t have enough when they retire, but think of it this way…isn’t right now the healthiest you're ever going to be? Why wait until you’re even older?

Take one of Charlie’s clients for instance. He came to Charlie because he was getting ready to retire and wanted to explore his options. He was a really hard-working guy but never felt like he’d been acknowledged. Charlie asked him “what's the one thing you don't have, that you would love to have? What’s the one thing that would “razzle-dazzle” you as a tough guy?”

The client immediately got a grin on his face and Charlie said, THAT… what’s THAT?” He said he always wanted a Corvette and without hesitation, rattled off the exact year, color and style he wanted. Charlie asked, “why don't you buy one?” He said because the people currently handling his finances told him he couldn’t even retire and was going to run out of money. Understandably, he was freaked out.

Charlie told him that based on the numbers, he was going to be fine. He showed him how they could refinance his house, by pulling the “dead equity” out, allowing him to buy that corvette PLUS a new barn and driveway so he could work on cars. He reorganized his “thinking about his thinking.”

He was able to show the client how to unlock dead assets to pay for joy, happiness, wonderment and play. Guess who the client chose to manage his money? 😉

If you're thinking to yourself, “my advisory firm doesn't ask these questions, and we don’t have that kind of relationship!” If you’re looking for something like this, something different then you really need to reach out to Charlie and his team. He’s going to send you some really cool, free tools and start a conversation that focuses on possibility and freedom. That's it, no pressure.

To hear more about Charlie’s experiences with stand-up comedy and how that led to creating his own one-man show and podcast, listen today or watch on YouTube and SHARE with all your friends!