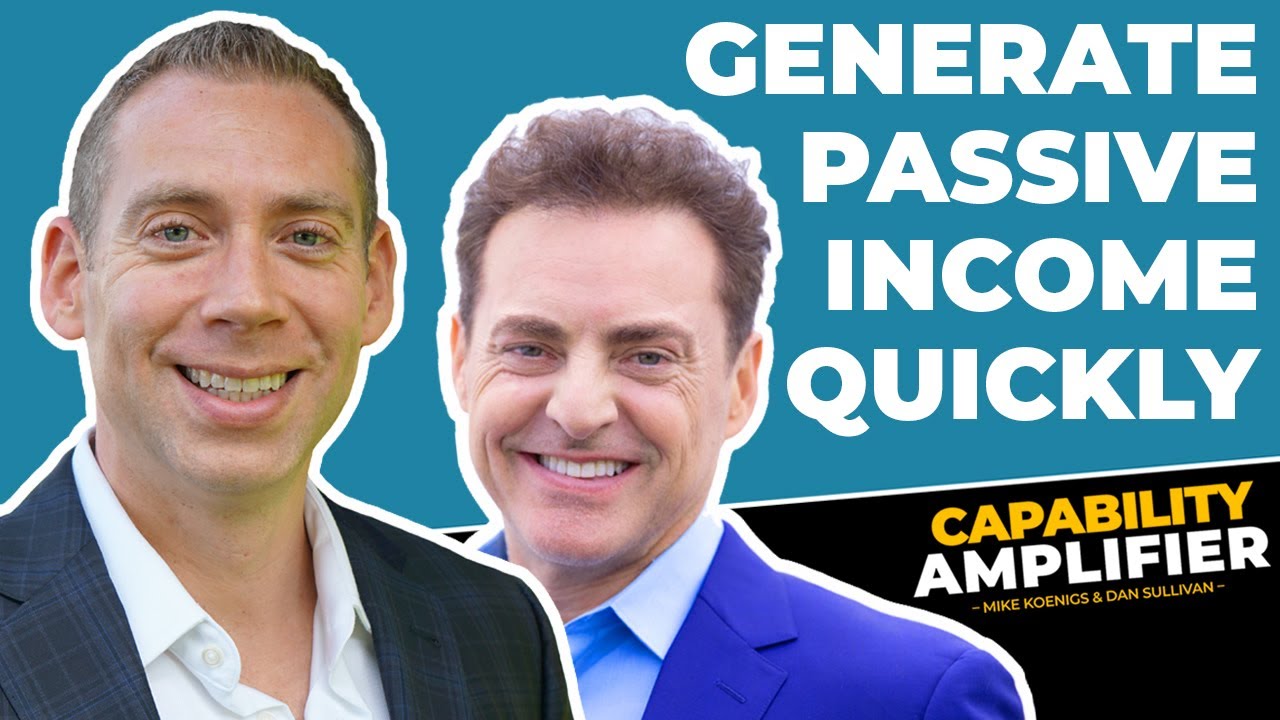 Imagine if you were able to create enough passive income and cash flow from investments so that you never had to work another day in your life?

What would you DO with your financial FREEDOM? Travel to exotic places? Buy your dream home? Spend more time with loved ones? Donate lots of $$ to your favorite charities?

Mike Koenigs has a confession to make. He's made equity investments well over seven figures in lots of businesses. Done poorly, equity investments are basically zero-interest loans for an indefinite period of time in exchange for ownership. Unfortunately for him, very few of them have had liquidation events and a couple tanked – a total loss.

This interview is just as much a story about how Mike's entire investment strategy changed, but how that happened – and who influenced him.

In the book and this week’s episode, Justin shares how to transition from earned income or needing to have a job or business to creating passive income that provides for your lifestyle and builds equity. He’ll also talk about “invisible deals” that aren’t normally available to the public, how to find them and how to use his “strategy stack” to improve deal terms, and reduce risk.

Whether you've never invested or are a sophisticated investor, this episode will change the way you think about money and investing. If you are looking for financial freedom to live life on your terms, without a job or a business, this episode is for YOU.

PLUS you’ll find out how to get a copy of Justin’s brand new book FREE and when you decide to order the book, all the proceeds are going to charity so no matter what… everyone wins.

Mike met Justin a year and a half ago and in minutes, he changed the way Mike thought about investing forever. He has a really unique strategy and investing methodology. He’s a brilliant guy and adheres to strong family values. He is an action-taking MACHINE and we connected deeply.

Justin has been investing since he was 18 years old starting with a Roth IRA after hearing a talk that he should start saving for his future. After that, he was hooked and invested every year since (he’s 40 now). In the beginning, it wasn't a lot. He was making money and paying his way through college so he decided to just put his money somewhere and get it to work for him.

His first big win came when he started generating enough cash flow income from an investment so his wife could quit her job. She was a teacher at that time, earning $36,000 a year. She had a rigid Monday through Friday schedule with weekends and summers off. Justin often had to work weekends and summer was his busiest season. They wanted to be able to travel together and live life on their terms so he thought, “if I can replace her income with passive income, then she won't have to work if she doesn’t want to.”

He found a mobile home park for sale, ran the numbers, and knew that by buying it he’d generate the cash flow to be able to replace her income. He also likes cash flow investments that pay TODAY. He doesn’t want to invest in real estate and hope that appreciation kicks in and he makes money in the future.

The cash flow from that very first purchase was able to replace her $36,000 a year income. They bought her freedom and started their family. Shortly after that, he replaced his income and what it cost them to pay their bills and live comfortably. It was a huge sense of relief, knowing that he technically didn’t have to work.

Justin says he wants all of his investments to protect his lifestyle without working more hours. His goal is to buy his time back. He doesn’t want to work for money. He says if he’s going to work for money, he wants it to be because he loves what he’s doing so much, that he’d do it for free.

Another MAJOR takeaway is that the terms someone provides on any particular investment, are terms that are good for them. That's why they presented them, but that doesn’t mean they're going to be good for you. Justin likes to push back on terms to get to a point where he feels 100% comfortable. He’s okay with walking away from any deal if they can’t get there. No issues, no judgment, but whatever terms he’s given, that doesn't mean that that's the end of the day terms. He looks at it as a starting point.

This episode is so jam-packed with valuable, actionable information that we can’t possibly tell you about all of it here. Watch or listen to get the rest of Justin’s investing strategy stack and to hear about a couple of really big brand deals that he did.

Mike's had the time to get to know this man and he's really extraordinary at everything he does, everything he touches, and the way he treats his wife and his daughter, and everyone that he works with, with the highest degree of respect says a lot about who he is. He has a book, product, mastermind, and he’s doing one-on-one coaching where he teaches people the mindset and strategies he’s using. If you ever get a chance to work with Justin, do it! Mike can assure you as soon as this book gets out, getting access to Justin is going to get a lot harder.

Listen now to the episode or watch the YouTube video here. And ake sure to check out Justin’s Podcast and sign up for his Life-Style Investing Course.