Here’s How You Can Stand Out, Get Attention and be Referable in Six Seconds or Less with Scott McKain 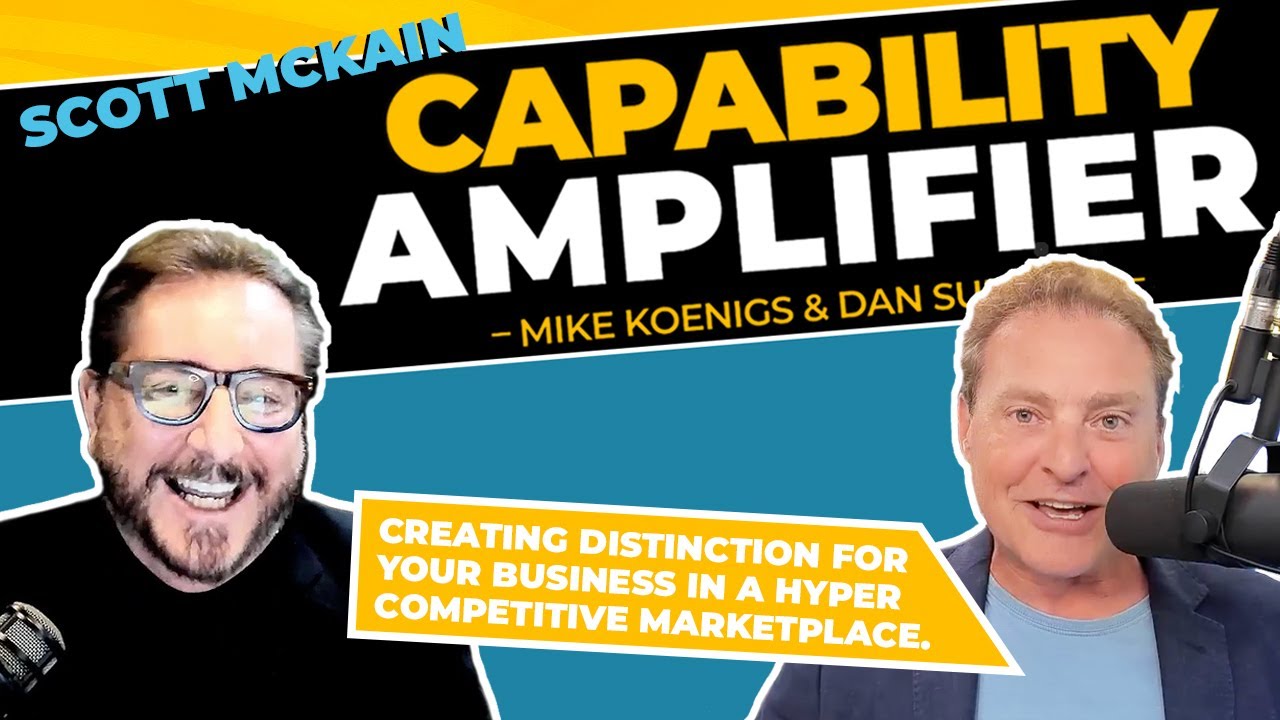 Two words and one 3×5 card that pitched and closed one of the most recognizable TV shows from the 1980s in seconds … what was it?

What's the fastest way to stand out, be distinctive, get attention, and be referable in six seconds or less?

On the latest episode, you’re going to meet Scott McKain. He’s done everything from playing the villain in a Werner Herzog film that Roger Ebert called one of the 50 great movies in cinema history, to being booked to speak by Arnold Schwarzenegger for an event on the White House lawn with the president in the audience, to being the author of business books named among the year’s ten best.

Scott’s matchless experiences make him one of the world’s most in-demand business experts and speakers. He’s known as the ultimate customer experience and distinction expert, and he's developed a system for standing out, getting attention, and being what I call “a category of one.”

Today, we're going to talk about how the four cornerstones of distinction—Clarity, Creativity, Communication, and a Customer Experience Focus—can help you create distinction for your business in a hyper-competitive marketplace.

Scott and I have very similar philosophies and both come from small towns in the Midwest. Scott’s folks ran the local grocery store. His first experience in business was watching how his mom and dad ran the store and how his dad fought against the big box supermarket chain after they came to town.

Later, Scott got involved in a student organization where he became State President, then National Officer, which led to a chance to take two years off of college to travel and speak. By the time he was 21, he had been in the Oval Office with a president and a private meeting with the chairman of General Motors in their boardroom in Detroit.

He continued to get involved with organizations and was invited to speak about what he had learned throughout his journey. He then started his own small business and realized there were things that big corporations were teaching their teams that he needed in his small business.

Then he went through a personal tragedy. His wife became ill with cancer, and he shut down his business for a period of time to be her caregiver before she died.

When he got back to the business and tried to relaunch, he went to his customers (mostly speakers bureaus) and asked them a very important question for any entrepreneur: “When you refer me to a right-fit prospect, what do you say?” And the number one answer was, “Scott is a good speaker and a nice guy.” His clients thought that was a great recommendation, but it was actually the kiss of death.

The VP of sales of Porsche doesn’t want a “really nice guy” speaking at his yearly event. He wants content, he wants meat, he wants meaning, so Scott set out to discover how he could stand out among the plethora of speakers and authors. He started researching and creating case studies of highly successful entrepreneurs and what they were doing.

So, what does it take to stand out in a hyper-competitive marketplace?

The customers you attract will always be of greater value than the customers you pursue. No one is ever attracted to “generic.” You attract exactly whom you deserve, which is based upon the kind of energy you're sending out into the world and your language patterns. If you come from a desperate or cheap perspective, those are the types of clients you’re going to attract.