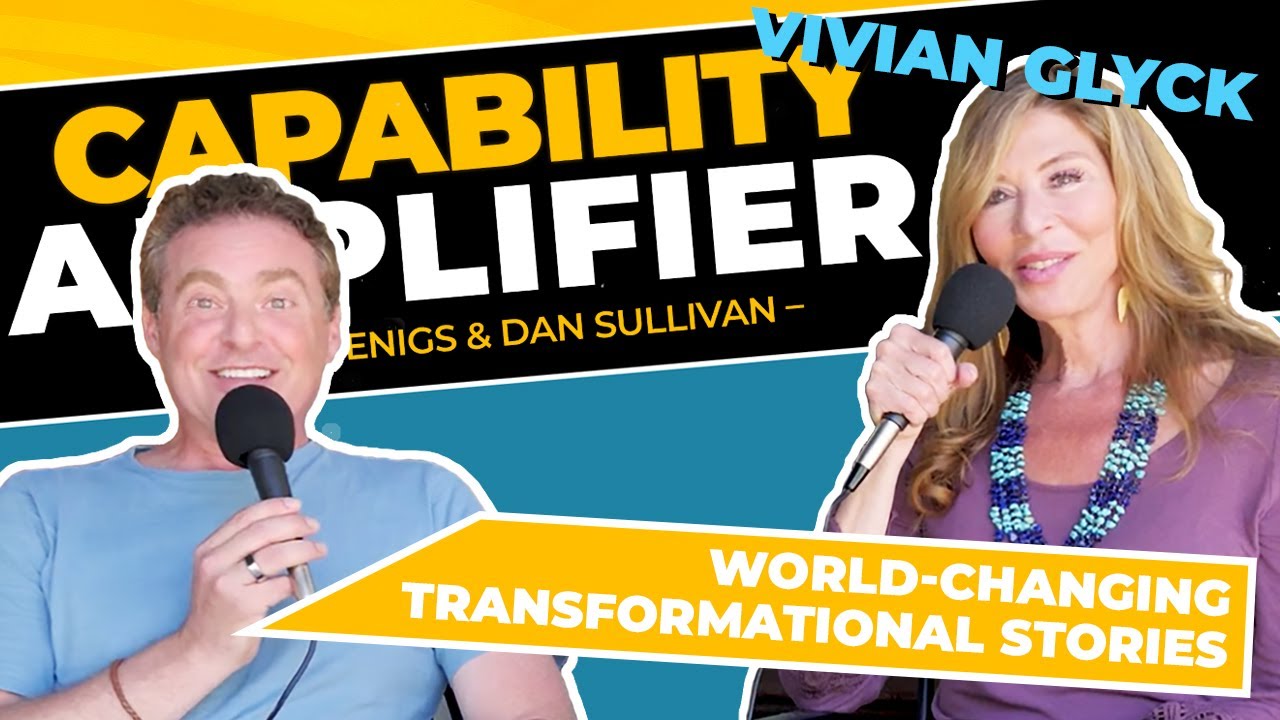 I Interview My Wife And Biggest Capability Amplifier 😍

Real talk: right now, life seems unpredictable, uncertain, and uneasy for a lot of people. In our current COVID-19 world, we’re dealing with things that none of us have ever dealt with before.

But what’s coming next? How do we prepare? How are we going to cope, stay sane, and move forward?

This week’s Capability Amplifier podcast is a very special one for me. I sat down with my wife, Vivian Glyck, as we celebrated our 19th wedding anniversary in the mountains of Idyllwild, CA, to talk about family, our son, our future together, our dreams, dealing with conflict, and life after COVID.

Vivian and I are both in an interesting state of reinvention and transformation right now, as I suspect most of you are with the virtualization, digitization, and dematerialization that’s going on. (Vivian, specifically, is in a really fascinating turning point in her life and career.)

On top of this, our son, Zak, just graduated from high school in the midst of COVID, which meant no ceremony or celebration. Weird. AND we had our first real confrontation as father and son. I had to get really, really firm to establish whose house this is and what behaviors are acceptable in our home. That was a really big deal for us.

Vivian has run a non-profit, philanthropic organization for 14 years called the Just Like My Child Foundation. It was founded after the birth of our son, Zak, and two subsequent miscarriages (the whole story is in the interview).

She was so passionate about the potential of children that she thought, “How could it be that there are children who are just like my child that live or die based on where they’re born in the world?”

As she educated herself about the health and well being of children around the world, one thing led to another and she ended up in Uganda, East Africa. The very first night she was there, she watched a 14-year-old girl die in childbirth at a hospital. The girl left behind a very vulnerable infant baby girl, who was named Baby Christina, in the care of the baby’s grandmother who was also vulnerable, uneducated, and didn’t have the means to care for her.

Fast forward. Just Like My Child Foundation did a lot of work to build hospitals, schools, and so on, and very quickly realized that nothing would change unless they interceded in the life of an adolescent girl before she fell off track and was forced into child marriage like that baby’s mother was. As her knowledge about international development grew, she realized that there are 100 million girls who are out of school like Baby Christina’s mother was.

Thus, the Girl Power Project® was born. The Girl Power Project is a replicable program that has been scientifically proven to change the belief system that girls have about themselves and enables them to get the community support they need to stay in school, have their legal rights enforced, and become leaders in their world. It’s an empowerment training program that takes place over a two-year period.

Vivian has been able to reach well over 20,000 kids and 200,000 community members. Just Like My Child has saved thousands and thousands of lives. But what they’re focused on now is how to take this work global so that every girl in the world has access to this information in a way that has massive impact and transformation.

And let’s face it. If more women were involved in leadership, what we’re seeing now in the way this pandemic and worldwide health issue is going down, the response, plan, and solution would be very, very different.

I’m a serial entrepreneur and have been through many reinventions. It’s been ONE of the sources of our struggle as a couple. I’d be going through a massive growth surge or a decline (the entrepreneurial roller coaster), and at the same time, Vivian would be going through a challenge with her foundation (almost always related to fundraising). This would go on for months at a time. We wouldn’t see much of each other as we’d both be consumed with our “stuff.” It’s very tough as a couple to go through and watch each other struggle.

But … we have figured out a way to advise and coach each other without damaging our relationship, but in fact enhancing it. It’s required a lot of maturity on both of our parts to be coachable.

Our goal in producing this episode is to give you a real-life, real-world experience of what our marriage is like. You get to be a “fly on the wall” from start to finish.

To learn more about how we’re navigating life these days, tools you can implement in your life, and Vivian’s revolutionary new ideas about The Girl Power Project, go here to watch the video version on YouTube or download and listen to it right now.

After you listen to the interview, leave me a message and let me know what you think of this episode OR ask a question you’d like Dan or me to answer in an upcoming episode! Head over to Capability Amplifier, scroll down, and click “Send a Voice Message.” Dan and I give away cool gifts to a lucky winner every week. I think it should be you!