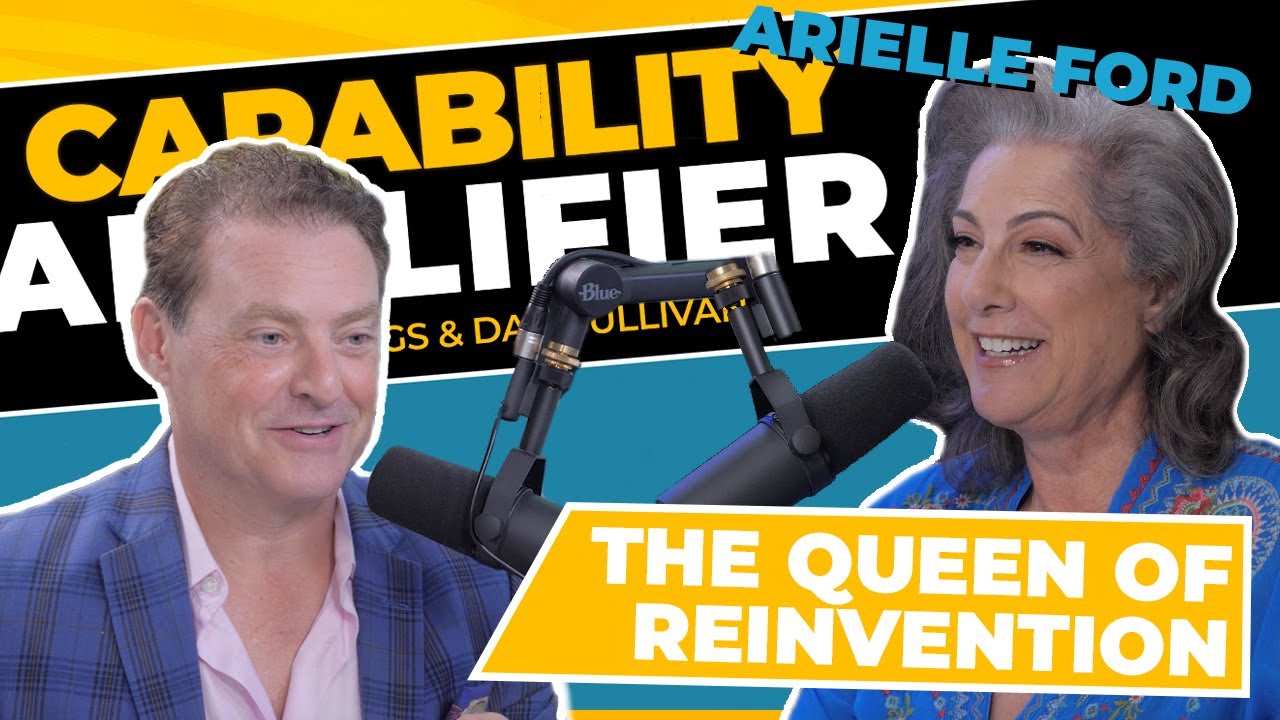 There is no denying it. We are living in a world where we are inundated all day long with horrific news of the global pandemic and economic crash, and it’s unclear when it will end or how quickly we will recover. Needless to say, we are all navigating some pretty overwhelming emotions, so in light of the current situation, I wanted to send you a ray of sunshine, POSSIBILITY, and HOPE.

My friend of more than 20 years and guest on the show this week is Arielle Ford. She’s known as “The Cupid of Consciousness” and “The Fairy Godmother of Love.”

She also represented Deepak Chopra and launched the careers of 11 New York Times #1 Bestselling Authors (when you actually had to sell books for real), including Wayne Dyer, Jack Canfield, Louise Hay (founder of Hay House), Don Miguel Ruiz, Neale Donald Walsch, her sister, the late Debbie Ford, and many more. For years, she was “the gateway” to get on Oprah.

Arielle is a leading personality in the personal growth and contemporary spirituality movement. For the past 30 years, she has been living, teaching, and promoting consciousness through all forms of media. She is a celebrated love and relationship expert, author, and speaker.

She’s also a gifted writer and the author of 11 books, including the international bestseller THE SOULMATE SECRET: Manifest The Love of Your Life With The Law of Attraction (published in 21 languages and 40 countries).

Arielle and I have been “career soul mates,” cheering each other on and supporting each other through every major reinvention in our lives. We’ve been in almost perfect sync for over 20 years. When one of us goes through a major reinvention, within six months, the other does too. It’s weird AND awesome at the same time!

Here are a few of Arielle’s many reinventions. How many of these mirror your own?

In 1987, she started her own PR firm, the Ford group, focusing on commercial real estate, residential real estate, art galleries, hotels, and non-profits. The business took off from the moment she opened the doors. She was hugely successful, making gobs of money. That lasted for three and a half years until a recession hit.

In the span of six weeks, she lost 80% of her business and it didn't look like it was coming back. In two months, she went from 4,000 square feet of office space on Wilshire Boulevard and eight full-time employees to a small 250-square-foot closet office with a half-time employee and a ton of credit card debt. She was depressed, her boyfriend dumped her, and she hit rock bottom.

But it turned out to be the best thing that ever happened to her because during this time, she discovered that she hated her clients. She was only in it for the money, and she didn’t want to reinvent that business. Boom. Done.

So what now? She was lost, asking, “Who am I? What do I do? What's my purpose?” She struggled for seven or eight months until she went to lunch with a friend who asked, “If you could represent anybody or anything, who would it be?”

She said, “There's this guy. I'm sure you've never heard of him. He's pretty unknown, but I think he's the best-kept secret in America. His name is Deepak Chopra.” Her friend said, “Not only do I know who he is, my friend Penny works for him!” Later that day, Penny called and said, “This is so funny. Dr. Chopra called this morning and asked me if I could find him a publicist. And here you are!”

A week later, they met. Deepak said, “I've only got five minutes,” and she said, “Great. I only need two.” Then she said, “If you're half as smart as I think you are, you'll hire me,” and he said DEAL.

Suddenly, she was on this new path because her next client was Louise Hay, then Wayne Dyer, then Neale Donald Walsch, then Don Miguel Ruiz. She found her niche—one where she could marry her personal interest and skills in self-help and spirituality.

Then one day in 2004, she woke up and thought, “I'm done. I'm complete.” She had a good, long run and LOVED it, but It was over. Part of her was thinking, “Who goes to number one in their field and shuts down overnight?!” But her husband, Brian, encouraged her to do it because he could see how stressed she was and he wanted her to stay healthy, even though it put both of them out of business with NO idea what they were going to do next.

So she shut everything down that weekend and woke up on a Monday morning thinking, “Well, what am I going to do now?”

A week later, the phone rang. This man said, “Hi, my name is Gay Hendricks. Do you know who I am?” (Well, of course she did!) Then he said, “I have a business proposition for you.” So she met with Gay who had this idea for a startup called the Spiritual Cinema Circle. Think Netflix meets Conscious Films. It was a DVD club and he wanted her to be a partner. He couldn’t pay her but she would own part of the company.

Had he asked her this two weeks earlier, she would have said, “Are you crazy? You want me to work for free?” He explained affiliate marketing to her, which was brand new in 2004, and wanted her to be the head of affiliate marketing. Sixty days after that conversation, they were up and running at a profit, getting salaries, and she even got a brand new Lexus! Three years later, they sold the business for millions.

If you want to hear more of Arielle’s magical manifestation stories (and she has TONS of them!), you can watch the video version here on YouTube or download and listen to it right now. She truly is one of the most amazing humans I’ve ever met.

FuN FaCTs: Arielle also happens to be my son’s godmother. We first met in Egypt on a trip with Deepak Chopra and Wayne Dyer, and exactly one year later, I met my wife, Vivian, in Greece. Vivian was close friends with Arielle’s sister Debbie Ford and ran Deepak’s live events marketing. Talk about a small world!

Make sure to sign up for Arielle’s newsletter to get updates about when her new book is being released, plus a ton of valuable, life-changing content at www.ArielleFord.com