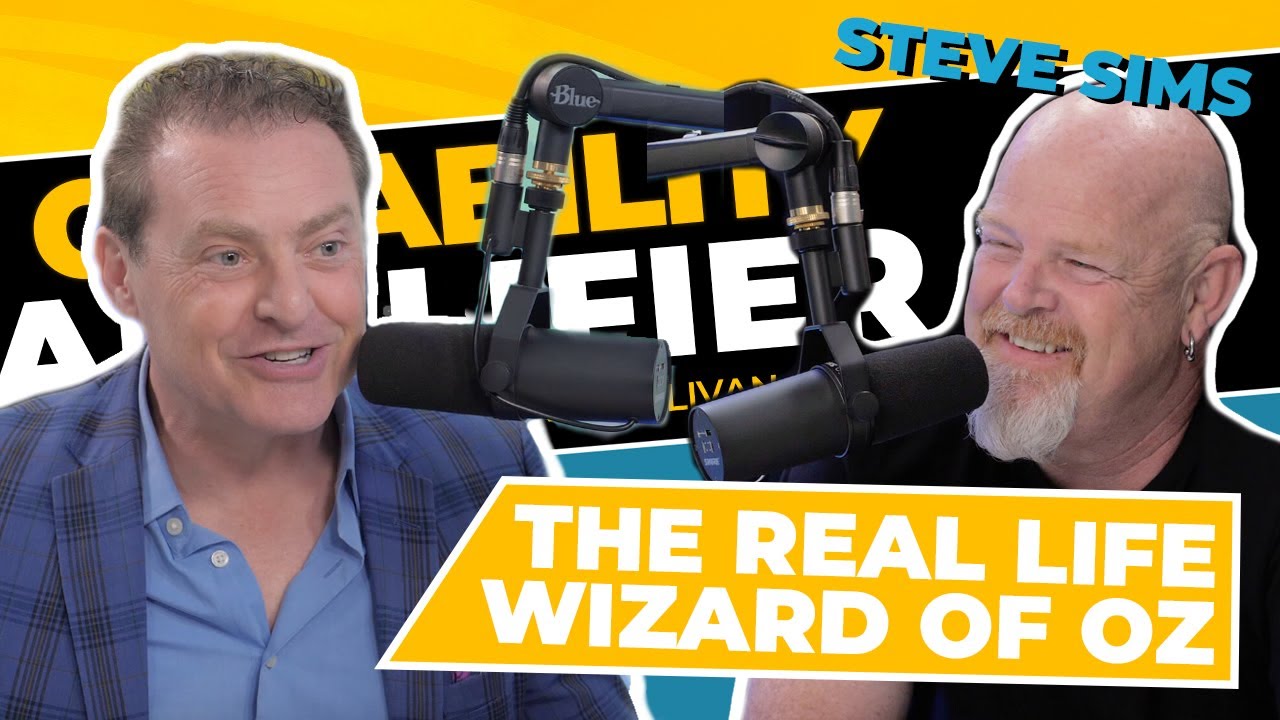 What do the pope, Andrea Bocelli, brothels, maximum-security prisons, and Elton John all have in common? They’ve all been a part of Steve Sims’s cutting-edge luxury concierge business. Wait … WHAT?!

My friend and guest on this week’s episode is Steve Sims, the creator of “Bluefish,” the internationally famous company that makes once in a lifetime events happen for the rich and famous.

Steve is in the business of making the impossible possible. With his help and expertise, his clients’ fantasies and wildest dreams come true. Getting married by the pope in the Vatican, being serenaded by Andrea Bocelli, and connecting with powerful business moguls like Elon Musk and Sir Elton John are just a few of the many projects he has worked on.

Steve is also the author of the New York Times bestselling book Bluefishing: The Art Of Making Things Happen in which he shares his practical tips, techniques, and strategies to help YOU break down any obstacle and turn YOUR dreams into reality. He shares a lot of those techniques during our conversation.

But WHO is Steve Sims? If you know him personally, he’s “a strange looking fella that makes things happen.” Forbes called him the real-life Wizard of Oz! He’s the guy that will give you more interesting cocktail stories. He can take your bucket list and make it a reality so that you wake up at 2 a.m. going, “Wow, I can't believe I did that!”

Steve built his entire business by word of mouth. He didn't even have a phone number or an email address on his website. It was literally a case of, “Hey, remember I told you the story of when I played the piano with Elton John? This guy's the one that made that happen.” And it grew from there.

Before his book came out, what used to excite Steve was people challenging him to make seemingly CRAZY things happen. Like closing down a museum in Florence, going down to see the Titanic or playing tennis with Richard Branson. Those things were exciting, expensive, and a challenge for him at the time.

When the book came out, he suddenly found himself working with intelligent entrepreneurs who were held back by their own mindsets telling them there were things they couldn’t possibly do.

Now he’s doing a lot of workshops and speaking all over the planet, shaking up entrepreneurs, getting them uncomfortable, and changing their mindsets. “The superpower of an entrepreneur is their ignorance”—the fact that they can’t possibly perceive that they're going to fail. And with THAT mindset, nine times out of 10 … they don't.

One of the things that Steve really likes to do with his clients is to get people uncomfortable by putting them in environments they’ve never been in. He’s held masterminds at The Bunny Ranch Brothel, Maximum Security Prisons, and the Tesla Production Plant.

Once you’ve met people who want to change their lives, in an environment that's heavily suppressed like a maximum security prison, you have no more excuses for why your business won’t work. We tend to excuse ourselves to death. Steve is one of the most fascinating, passionate, and principled individuals I have ever met. I cannot WAIT for you to experience this episode.