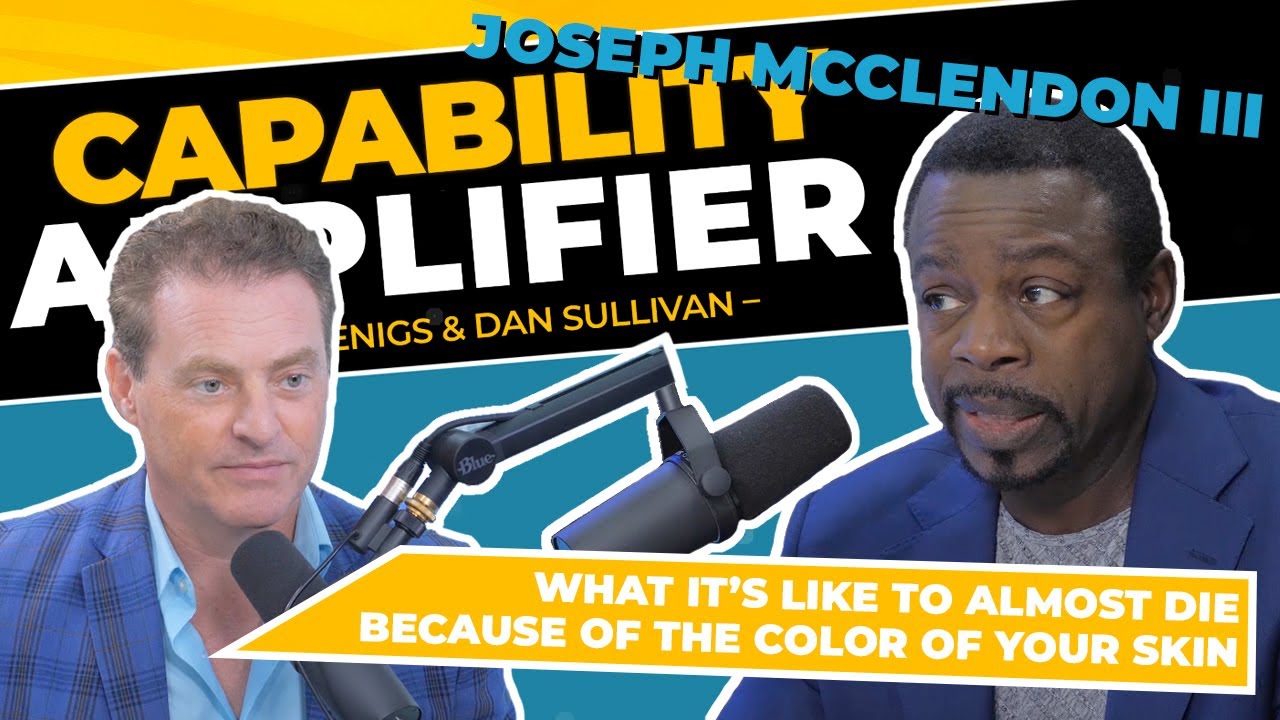 Do you have someone in your life you’re in awe of? Someone who’s been such an incredible mentor, teacher, inspiration, and friend that you feel blessed to know them at all? Joseph McClendon III is one of those people for me.

Joseph is one of the most sought-after Performance Specialists in the world. His unique techniques rapidly trigger personal change that effectively moves you to take more consistent action and go further faster with your personal and business achievements.

This week, my long-time friend Joseph and I talk about his personal experience with prejudice, being homeless, raising a kid in today’s crazy world, evolving as a human being, and what kind of legacy he wants to leave behind.

I started the conversation by asking Joseph, “What is the scariest thing you’re doing right now?” and his answer might surprise you. It wasn’t business, money, politics, the environment or health … it was being a parent.

Joseph has a 12-year-old son who’s getting to the age where he’s going to start doing things on his own. Joseph knows he’s done a great job preparing him but with everything that’s going on in today’s climate, it’s not an issue of trusting his son … it’s the WORLD out there he doesn’t trust. (I’m in the same boat as Joseph. My son, Zak, is 17 and I have the same concerns.)

Joseph came from a background of having some pretty horrible things happen to him right around the age his son is now. He recalls seeing a news clip on TV during the civil rights riots of a black man who had driven into a part of town where they were having a white supremacist rally. The man was pulled out of his car and beaten badly because of the color of his skin. That was the first time Joseph realized that, as an African-American, the same thing could happen to him and that it was a dangerous world out there.

When he was 17, he was attacked by three grown men who tried to take his life because of the color of his skin. He became homeless because that experience destroyed his self-esteem and confidence. That was the genesis of his journey into personal development and growth.

Joseph feels that he’s “an evolving soul right now.” He knows he has a lot more learning to do, but he’s really focused on what he’s going to leave behind when he’s done—his legacy. He feels an urgency to focus 100 percent of his attention on giving people the tools, strategies, experiences, and results of hedging that bet and beating the ridiculous odds of not being able to succeed in your health, your wellness, and your lifestyle.