How to 10x Your Coaching Business Revenue 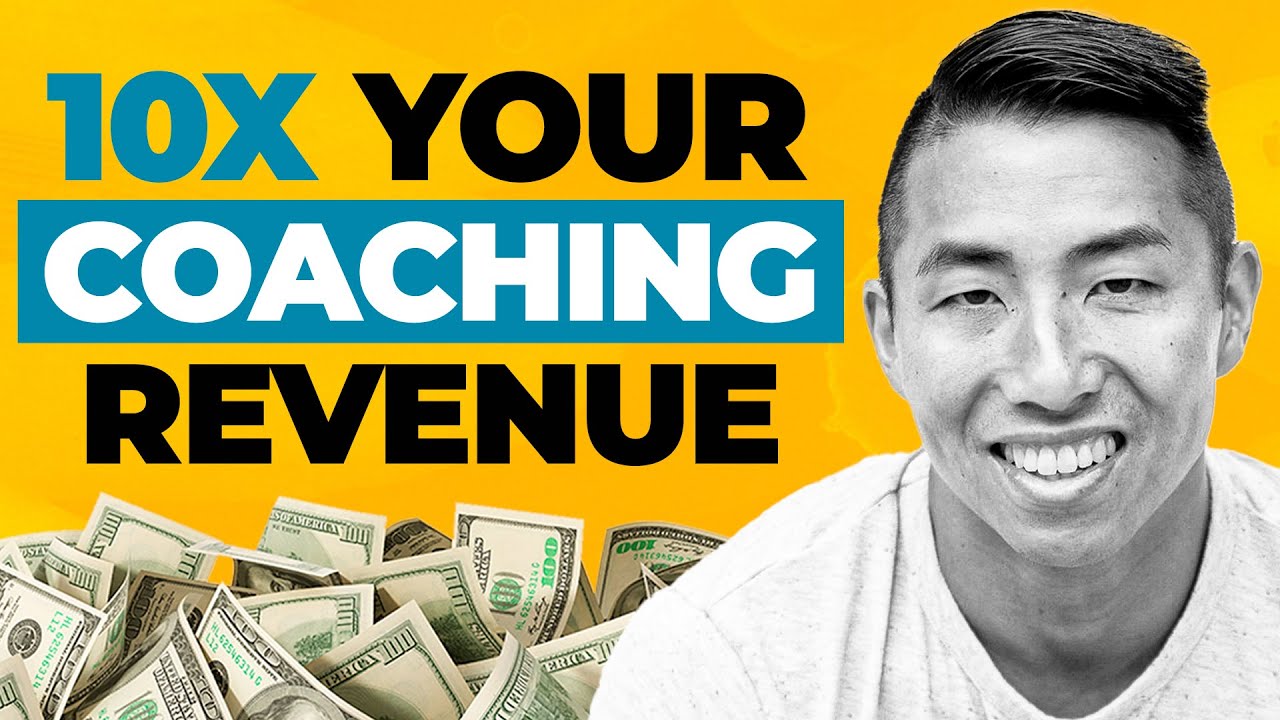 Mike interviewed Michael Chu and discussed how you could grow and scale any coaching business without it depending on you.

He didn’t know it then, but the discipline learned in sports would help him stick to something he wasn’t good at when he started: sales.

He decided to keep pushing beyond his initial shyness and became a great salesman. After applying that same discipline, the time came when Michael got to train and develop sales teams into seven-figure sales machines and also started businesses of his own.

When he got into the coaching business, he realized that even though his company could grow a lot, the mainstream approach to growth was not what he wanted.

Michael wanted the business to grow INDEPENDENT of him, even at scale.

He had to challenge many things that he had learned from mentors and experience to achieve this.

Still, he eventually found a system that could grow his coaching business (and any other) into a multiple-figure business without requiring the owner to be fully involved.

Today we are going to discuss his approach and journey. Join us!

Glass ceilings can make your coaching business feel like a rollercoaster

The pain thresholds that Michael personally experienced were glass ceilings.

What got him from zero to $3k of monthly recurring revenue was very different from what got him from $3k to $5k. The same repeated in the process of going from $5k to 10k.

For him, every stage felt like a ceiling because a new set of challenges that required very different solutions emerged at every step. Growing the coaching business started to feel like a roller coaster.

The unpredictability made it feel like a low-paying job (with high levels of work and effort to put into it).

And sometimes, the client-side started to feel like a revolving door. You got clients, delivered to them, and they were out the door just as quickly as you needed to bring in new customers. It was overwhelming, and it didn’t feel like there was much sustainability or long-term scalability to the business.

Michael said he doesn’t doubt that to get a coaching business to 10k a month or even 30k a month, marketing is needed to get clients. He also said,

“But it came to a point when I found for myself going from 30k to 50k, and from 50k to 80k a month, but NEVER crossing that ceiling.

I always had to get more new clients to hit the 50k-80k a month mark.”

Michael realized that it was what most gurus or other coaches and consultants were telling him  “Get better at marketing, get more coaching clients and charge more.”

That got him to certain monthly marks, but only for the month. Keeping up meant he had to do a lot more marketing.

“That's when I realized that there's a bit of a myth. And growing to the seven-figure level requires you to more effectively retain clients for longer periods and sell them more. That can take a business from six to seven figures without necessarily needing to get a ton more clients.”

How the Harvard Effect works

Michael mentioned he had coaching clients before that are true experts at what they teach and were charging $2,000 for their higher-priced program.

He knew that they could grow their revenue very quickly if:

3) That combination was made possible in an effortless way

And that’s where the Harvard effect comes into play.

Often, when people are establishing credibility and growing their business, they sometimes fall into the imposter syndrome trap.

They should implement the Harvard Effect into their sales cycle to change that.

It’s just a tiny shift from you feeling like you're selling a client versus a coaching client feeling like they're applying or earning a spot to work with you.

Think about Harvard. Even if someone who is a multimillionaire shows up at the Harvard admissions office, “Hey, I want my son to go to school here,” the admission officer would most likely ask the parent about the scores, applications, requirements, etc.

Making the applicant earn their spot versus Harvard selling the kid on going to school there can make all the difference.

Many coaches are putting marketing out there and praying that we call it “content.”

They say, “I need to get coaching clients today,” so they just start cold messaging and spamming people everywhere.

That doesn't feel authentic and doesn’t align with the long-term goal of a sustainable business.

Michael saw himself in that same situation, the “revenue rollercoaster” mentioned earlier.

It's NEVER fun to feel like your revenue goes up and then back down, and it's not consistent. And it’s NOT FUN to measure your comfort based on how much money's in your bank account.

Also, sometimes, when you have an excellent month, you start growing or building the team to service at that level, but if the next two months don't match the same revenue, it just creates so much stress.

“I realized that it’s not just cold or hot leads. You need something in the middle.

If you can begin with a “warm” lead and start authentic conversations (even systemized ones that are authentic in nature and well-crafted), you will be able to lead those conversations to sales calls effectively.”

You have to establish entry points or filters that would tell you if the person could be a good fit for a call versus just curious people or someone trying to sell you something.

The Harvard Effect, as discussed above, has a lot to do with this.

Listen to the entire conversation

Hey! Mike & Michael Chu have additional insights for you. Get them by listening to the whole conversation on your favorite podcast app or YouTube.

Want a FREE Masterclass on Mike Chu’s Retention System for Generating an Extra $100K in Hidden Back-End Revenue? Get access at www.ChampDev.com/Free